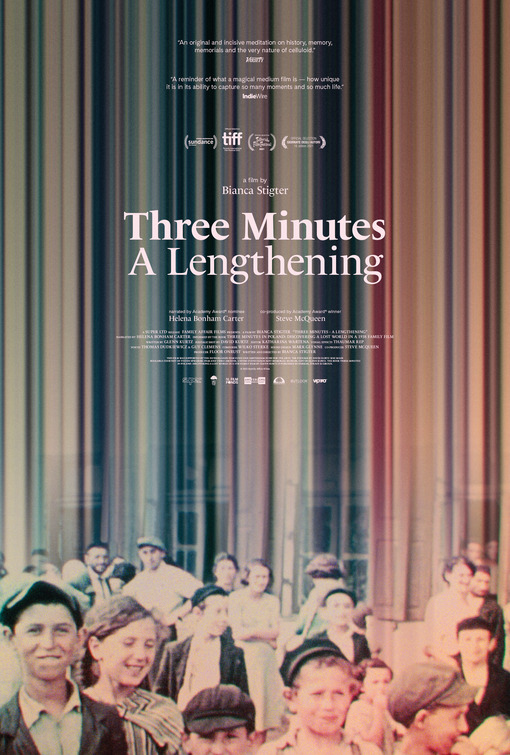 Three Minutes - A Lengthening presents a home movie shot by David Kurtz in 1938 in a Jewish town in Poland and tries to postpone its ending. As long as we are watching, history is not over yet. The three minutes of footage, mostly in color, are the only moving images left of the Jewish inhabitants of Nasielsk before the Holocaust. The existing three minutes are examined to unravel the human stories hidden in the celluloid. The footage is imaginatively edited to create a film that lasts more than an hour. Different voices enhance the images. Glenn Kurtz, grandson of David [...]