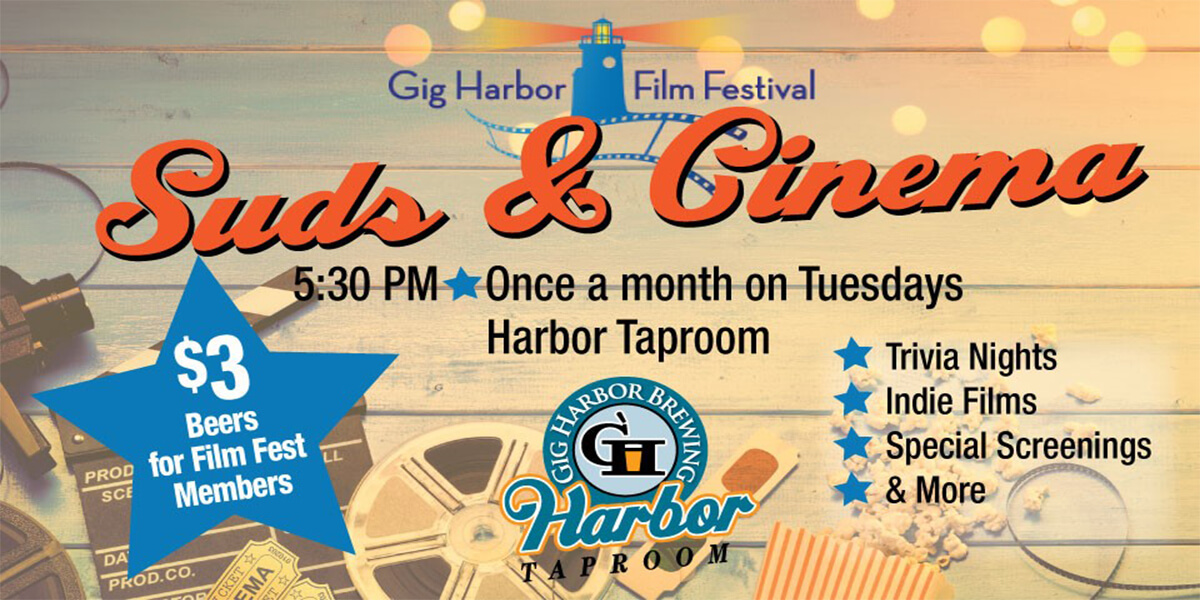 Join us at the Gig Harbor Brewing Co. Downtown Taproom for some cinematic socialization and trivia with a generous side of suds. What better way to flex your brain and beer drinking muscles all at once?

This month’s Trivia Night With Chris and Brad will be on August 20th at 5:30pm. The Summer Sounds at Skansie Waterfront Concert Series is also that night, so trivia will be a little shorter this month. Stop by, have some suds, and then enjoy some music in the park!

Gig Harbor Film Festival members will enjoy $3 off each beer purchased during Trivia Night. Prizes and GHFF swag will be available for winners.